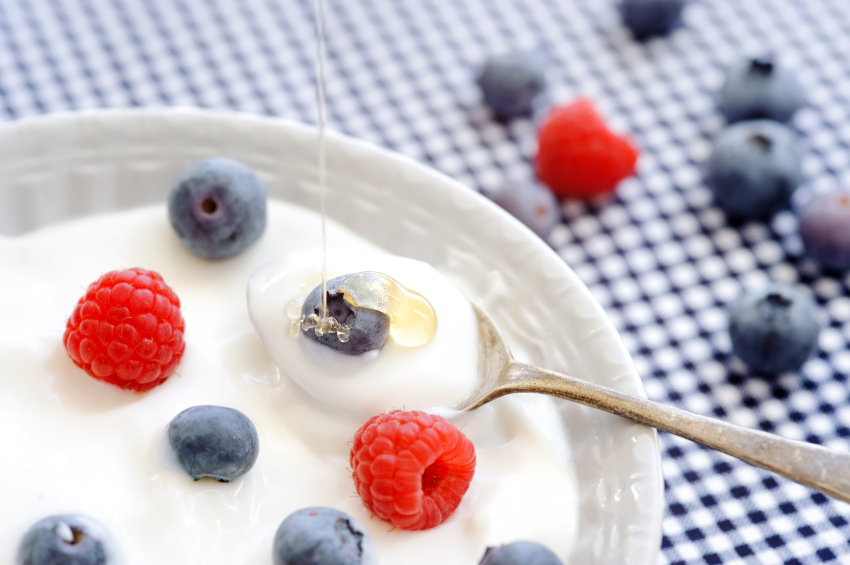 The term probiotics refers to a group of bacteria that occur naturally in the human body but that are also found in some foods, such as yogurt, as well as many supplements sold over the counter. Often referred to as friendly bacteria, probiotics can help control harmful bacteria in the body, particularly in the digestive tract, which can aid in digestion and potentially prevent gas and bloating — especially for those with digestive problems, such as irritable bowel syndrome. Consult your doctor before taking any form of probiotics for a specific health problem.

You are not born with probiotics in your system, but they do eventually make their way into your body, primarily into the digestive tract and vagina. Probiotics can also be taken orally. Cultured dairy products, such as yogurt and kefir, contain probiotics, and supplements in the form of pills, powders or liquid extract are also available. Probiotic bacteria come in a variety of species, but Lactobacillus and Bifidobacterium are the ones commonly. Each species contains a variety of subspecies, and not all subspecies have the same benefits for your health. Generally speaking, however, probiotics can help promote digestive health because they help eliminate potentially harmful bacteria by competing for space in your digestive tract.

Gas in the intestinal tract is a common cause of bloating. It is often due to a specific bacteria, so taking probiotics may help eliminate the problematic bacteria. A double-blind, placebo-controlled study conducted in 2009 reported that subjects who took the probiotic Bacillus coagulans reported significantly reduced gastrointestinal problems, including gas and bloating, compared to the subjects that took a placebo. None of the subjects had a gastrointestinal disorder, which suggests that taking a probiotic can help reduce gas and bloating in otherwise healthy people.

Irritable bowel syndrome, or IBS, is a common cause of gas and bloating, with approximately 10 percent to 20 percent of the U.S. population suffering from IBS at some point in their lives. According to New York University Langone Medical Center, numerous double-blind studies suggest that various probiotics may be helpful for reducing the symptoms of IBS. One such study, published in the July 2006 edition of “The American Journal of Gastroenterology,” found that subjects taking the probiotic Bifidobacterium infantis experienced a 20 percent reduction in IBS symptoms, including gas and bloating, when compared to the placebo group.

Disclaimer: © 2023 All Rights Reserved. The information provided on this site is intended for your general knowledge only and is not a substitute for professional medical advice or treatment for specific medical conditions. You should not use this information to diagnose or treat* a health problem or disease without consulting with a qualified healthcare provider. Please consult your healthcare provider with any questions or concerns you may have regarding your condition.Your use of this website indicates your agreement to this websites published terms of use and all site policies. All trademarks, registered trademarks and service-marks mentioned on this site are the property of their respective owners.